File under "It's About Freaking Time" (coincidentally also about me getting back to making photos and posting them).  Winnipeg is now host to the newest international airport in Canada: the James Armstrong Richardson International Airport.  The old airport is now dark and hopefully soon a pile of rubble.  I've only known the old shack, and with the travel I've done over the years I became increasingly desperate for a facelift.

The new building went live the beginning of this month but I only had my first flight out 3-weeks into it.  New, shiny, light, airy.  Of course some shots were in order, yet strangely they became dark and relatively foreboding.  Really about the geometry.  Shiny pictures are on their website.

Looking down the length of the departures terminal.  Blessedly empty this mid-morning.  Light streams in from all around. 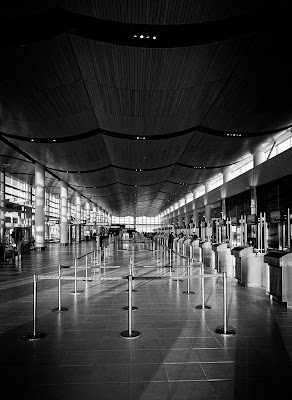 And for those coming home, a nice open area bathed in natural light courtesy of the skylights above. 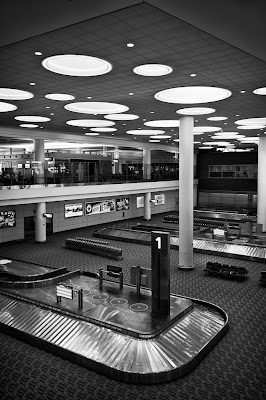 Windows abound, from the check-in terminals... 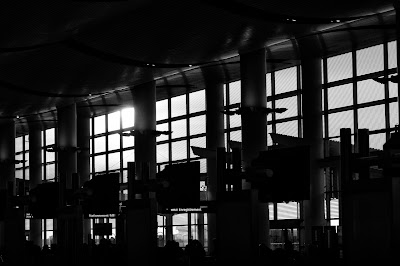 ...to the gateways themselves.  It's really cool having an open view while heading to your flight. 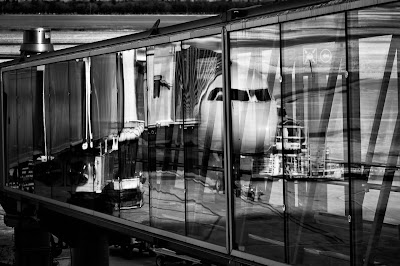 Kudos to the good folks who put this whole thing together.  It will take getting used to but long overdue.

Back at the Rink

...a ringette tournament. Cold arena is my home for the day. Photo courtesy of my iPhone. 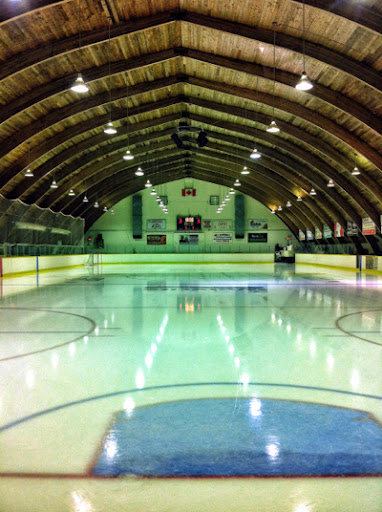 Had a productive trip to The Dump today.  On a whim brought my camera hoping to see something of interest.  There are a series of haybails along a ridgeline adjacent to the road.  This was framed with a low horizon to emphasize the sky, and the haybail balanced against the sun poking through the late-fall clouds.  By necessity this was shot as an HDR image because of the extreme contrast.  Conversion to black and white served to emphasize the graphic nature of the single bail on the low horizon, and the texture of the clouds.

As I shot this I was also kicking myself that I didn't have my 10-stop ND filter with me.  Would make a striking image with those clouds transformed into streaks of motion across the sky. Maybe next time. 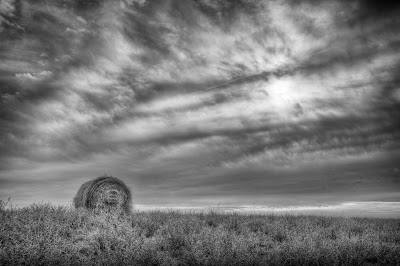